Tour Russia's two most iconic cities with this The Best of Moscow & St. Petersburg: 8 days. You'll discover the must-see sights of this country rich in history and culture. 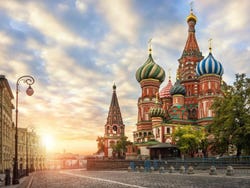 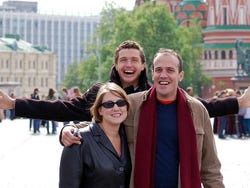 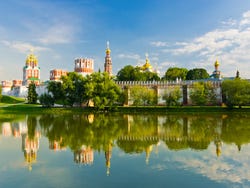 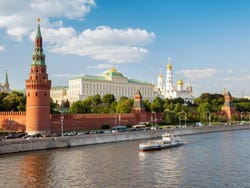 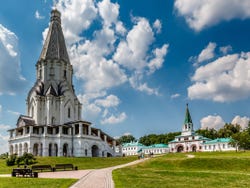 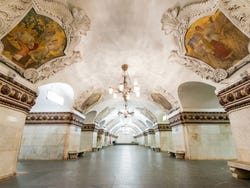 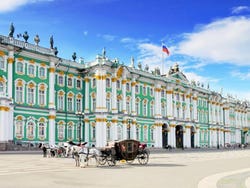 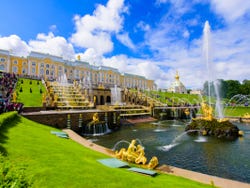 You'll be met on arrival at Moscow airport and transferred to your hotel for check-in.

The first day in Moscow will be spent exploring the wonders of the Russian capital. We'll start at the iconic Red Square, where we'll see the impressive St. Basil's Cathedral, one of the symbols of Moscow. We'll continue to learn about the fascinating history of the country at Lenin's Mausoleum, where the embalmed body of the leader of the Russian Revolution lies.

You'll have some free time in the shops of the GUM, an imperial-era shopping mall, and then continue to discover the mysteries of the Orthodox Cathedral of Christ the Saviour and the Convent of the Novice Maidens, admiring the exterior. The first day will end with a stop at the observation deck of Moscow State University, from where there are breathtaking views of the city.

After breakfast, we'll continue to discover the amazing Moscow by visiting the Kremlin, the former residence of the Tsars and nowadays of the President of Russia. We'll visit the Armoury Museum to see the weapons and armour on display here, and have the opportunity to see the famous Fabergé eggs - a real treasure! Afterwards, we'll take a tour of the most beautiful stations of the Moscow metro to see their decorations with mosaics, stained glass windows and bronze sculptures - their beauty is unique!

We won't leave Moscow without visiting the summer residence of the Tsars: Kolomenskoye. It was here that Peter the Great and other Russian princes spent their childhood. We'll see its ancient wooden buildings with pyramidal roofs, typical of Russia, and temples such as the Church of the Ascension, built by order of the Grand Prince Vasily III in honour of the birth of his heir, the future Ivan the Terrible.

Afterwards, we'll return to the hotel, from where we'll take you to the station to take the train to St. Petersburg. If you choose the night train, you'll have the evening free to say goodbye to Moscow, as the train departs at 11:40 pm, arriving at 8:35 am the following day. The day train departs at 4:30 pm and arrives in St Petersburg at 8:25 pm. For those of you who choose the latter option, we'll be waiting for you on arrival to take you to the hotel where you'll spend the night.

We'll pick you up at your arrival at the station for breakfast or at the hotel lobby in St. Petersburg to start the guided tour of the Venice of the North.

We'll visit its most representative monuments, such as St. Peter and Paul's Fortress, St. Isaac's Cathedral and the Church of Our Saviour of the Spilled Blood. Then we'll see the cruiser Aurora, the legendary ship whose canon signalled the beginning of the revolution. After the tour, we'll go to the hotel to spend the night.

We'll have breakfast and continue our discovery of St. Petersburg with a visit to the Hermitage Museum, one of the most important art galleries in the world. The museum is housed in the majestic Winter Palace, the former official residence of the Russian Tsars, and houses a collection of over three million works of art from the Stone Age to the present day.

You'll see works by great masters such as Leonardo da Vinci, Titian and the French Impressionists, as well as sculptures, icons and even imperial jewellery. Once the guided tour is over, you can stay in the museum to explore its rooms on your own, as you'll have the rest of the day at leisure.

After a hearty breakfast, we'll leave the city for Peterhof. A majestic complex of palaces used by the Tsars as summer residences, Peterhof is a historic site for Russian artistic culture in the 17th and 19th centuries. We'll stroll through its beautiful 18th century parks and fountains as we marvel at its history. Afterwards, we'll return to St. Petersburg and you'll have the rest of the day at leisure.

After breakfast, you'll be driven to St. Petersburg airport in time for your return flight.

The most popular form of inter-city transport in Russia is the train. For the journey between Moscow and St. Petersburg, you can choose between the daytime high-speed Sapsan train and the luxury night train Grand Express. Regardless of your choice, you won't miss any of the sights on the itinerary, as you'll always take the train after the sightseeing programme has been completed.

What is the difference between the day train and the night train?

The day train journey takes 4 hours and during the trip, you'll have the opportunity to see the beautiful Russian countryside. This option has a higher price, as an extra night's accommodation in St. Petersburg is added.

On the other hand, the overnight train journey is 9 hours but departs later, giving you more free time in Moscow. This is a unique experience, as it's the way people used to travel in Russia in the old days. You'll travel in a 4-seater compartment including beds and sheets.

If you opt for the night train and don't wish to share a train compartment with other people, you can pay a supplement. Please indicate this in the comments at the time of booking and we'll send you a request to pay the supplement.

* The price varies based on the chosen date

Pick up at Moscow airport

Day or night train between Moscow and St. Petersburg

You can book up until 15 days before the activity as long as there are still places. Book now to guarantee your spot.

from
US$ 1,239
No hidden fees or surcharges
Free cancellation up to 15 days before
Book

Free! Free cancellation up to 15 days before the day of the activity. If you cancel under this time or do not show up, you will not be refunded.
like

9.50 / 10 72 reviews
Walk through the summer residences of Peter the Great and Catherine the Great with this Kolomenskoe & Tsaritsino Guided Tour. Visit two must-see destinations.
US$ 17
Book
like

9.30 / 10 321 reviews
Known as "the palace of the people", the Moscow metro stations are a veritable museum. Get to know all about them with this guided tour of the Moscow underground.
US$ 17
Book