Moscow has hundreds of bus and trolleybus routes, many of which connect the city centre with its otherwise-isolated suburban neighbourhoods. Regular traffic jams mean that the bus network has not always been the most recommendable option, especially as the metro is so efficient.

Having said that, new bus lanes have opened up recently making it a comfortable alternative for certain routes. The bus can be a good, economical option at night, when 13 routes replace the metro after it shuts down (all starting from Kitay-Gorod metro and taking the main roads out to the edge off the city).

More modern buses have screens indicating the stops along the route, but in older ones you may well struggle knowing where to get off if relying on the Russian-language loudspeaker announcements.

If you do decide to catch the bus, tickets can be purchased from kiosks and metro stops, and the majority of lines operate between 6 am and 1 am. 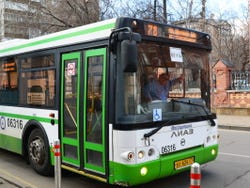 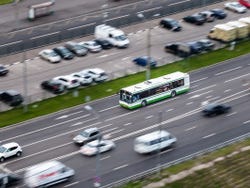