Until 1918, the Julian calendar was used in Russia, which had 13 days difference with the now-accepted Gregorian calendar. This means that some festivities, like Christmas and the New Year, are celebrated on multiple dates!

See a list of the main public holidays celebrated in Moscow below:

Other days which are not public holidays but may be celebrated while you're in Moscow include: 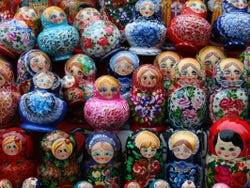