Historically, Novodevichy Convent was known as an excellent place for the women of the Russian nobility to retire - more often than not against their will. Both Ivan the Terrible's daughter and Peter the Great's first wife were sent to convent to take the veil.

Centuries later, the monastery has left behind its turbulent past, and has become a true oasis away from the hustle and bustle of Moscow in which visitors find unexpected tranquillity.

The convent at a glance

The Novodevichy Convent complex is made up of a number of churches of different architectural styles, which together represent the typically Russian Orthodox look of simple white or bright red walls contrasting with striking golden, blue and green domes.

Probably the most outstanding building in the complex is the Smolensky Cathedral, which is also the oldest of the churches, and whose architecture is reminiscent of the Cathedral of the Annunciation in the Kremlin.

Not far from the convent is the beautiful Swan Lake, a lovely natural spot that inspired Tchaikovsky to create his mythical ballet. Unfortunately, it is not currently inhabited by swans, although it remains a landmark.

Next to the convent is Moscow's most important cemetery, Novodevichy Cemetery. With more than 27,000 tombs, it is the final resting place for a number of historical figures who have marked the country's history, such as astronaut Pavel Believ, President Boris Yeltsin and writer Nikolai Gogol.

One of the most surprising things about this particular cemetery is the unusual shape of some of the tombs. The communications minister's is in the form of a telephone, while that of one of the World War II commanders is designed in the form of a tank!

While the Novodevichy Convent and Cemetery are beautiful architectural complexes that have been declared a UNESCO World Heritage Site, they are a little way outside of the centre. If you've got time to spare, they make for a great visit to escape from the noise of the city, but otherwise it might be worth spending more time visiting Moscow's must-see monuments and attractions. 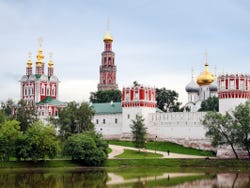 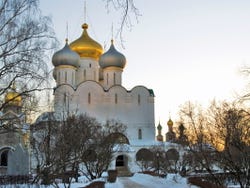 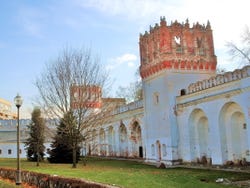