Step back in time to one of the most chilling episodes of the 20th century with this GULAG History Museum Tour. The learning centre is dedicated to the millions of concentration camp victims. 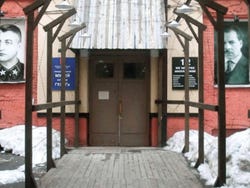 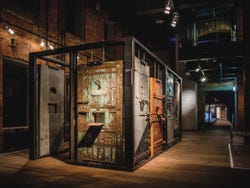 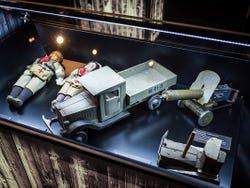 After meeting at a time of your choice at the GULAG History Museum entrance, the guided tour will begin. During the visit, we'll learn more about one of the most terrifying periods of Soviet Russia.

The Gulag was a concentration camp penal system created in April 1930 by the Soviet Union police and the KGB. Throughout the tour, we'll see the exhibition rooms that reveal more about this dark episode, which took the lives of millions of people.

In the museum, we'll see an exact replica of the cells in the labour camps and try to understand what daily life was like for the prisoners. Also, through documents, photographs, letters and objects from former prisoners, we'll reconstruct the Gulag period, which was dissolved on 13 January 1960 and remains a harsh memory today.

This is a private tour organized for you and your partner, friends or family.

Entry to the GULAG History Museum.

Per group from
US$ 130.50
No hidden fees or surcharges
Free cancellation up to 3 days before
Book

I travelled with friends
Show all the reviews
like